Time for a Bit of Potty Mouth; Yes, That Kind

I have been accused of having a potty mouth a few times but never on potty subjects.

Some of you who don’t want the details that come along with Chemo may want to close your browser now and move along. Check back in a few days for a new post.

No details here but medical patients of any affliction seem to find themselves talking a lot about things that make us all uncomfortable, blush, or inappropriate. The fact of the matter is Chemotherapy often causes vomiting and diarrhea. It can get quite violent and debilitating but I learned there are lots of things you can do to help prevent the problem – eat correctly and drink lots and lots of water.

Well, I didn’t have the second of those problems – I had the exact opposite. The discomfort and aggravation with said problem has to be dealt with and just doesn’t go away on its own. I tried one very mild solution since midweek and it just didn’t adequately work. I tried a stronger, more traditional solution last night and it may have (so far today) solved the problem.

It’s important to talk about this particular side effect. The nausea comes and goes. The mild headache comes and goes. The yuck in the mouth disappeared on day four or five after the first treatment. But the discomfort of this affliction sticks around 24/7.

I’ve been told for years I’m full of it, and for most of the last week I couldn’t argue. haha! Enough on that.

Catching up on the day-to-day, it’s been a weird weekend. I got up Friday morning and went out and did a nice walk, visited a few people at work – all knowing I was feeling pretty so-so. I got home and for the next 8 hours or so felt about as bad as any day since the Chemo treatment 8 days prior. I had a little wine Thursday night but don’t think that triggered the bad day though will admit it may not have helped.

Saturday, on the other hand I felt pretty good. I visited my mom a day between her 89th birthday and Mother’s Day. The drive didn’t bother me until about the last 15 mile home and then I started feeling tired. And, I have to admit since I’m trying to be really, really honest in these posts, that bothers me. The thought of having to stay so close to home, and not make my Saturday morning Indy shopping trips, hurts more than some other parts of this process. Yes, a small price to pay but doesn’t mean I’m not allowed to be pissed off about it. I’ve stayed otherwise positive. 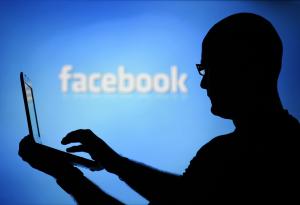 Today is somewhere between the two previous days … not too bad though not great.

I also took the step today to alert a big circle of friends – former colleagues, folks I know in the wine industry, former employees and such about my cancer. Facebook does have its useful purposes.  It was impersonal, perhaps, but allowed me to reach about 60 people with one message.

I appreciate all the comments and support. Most of those friends did JUST the right thing – made a joke about my wine drinking. Ha!

Big day up Monday, I see my oncologist for the first time since first Chemo.

After most of my career in the newspaper business I joined higher education, working in Public Affairs. I write mostly about value wine. I have now taken early retirement and work part-time in a small boutique, retail wine shop in Indianapolis
View all posts by Howard →
This entry was posted in Uncategorized and tagged Bridgeton Mill, Cancer, Chemo reaction, Chemotherapy, constipation, Lymphoma, Non-Hodgkins B-Cell Lymphoma. Bookmark the permalink.

1 Response to Time for a Bit of Potty Mouth; Yes, That Kind